The generally followed “best practice” is for a Creditor to always and immediately file a Proof of Claim in all Chapter 7 (Asset Cases), Chapter 11 and Chapter 13 proceedings. However, is the filing of a Proof of Claim required to protect and preserve the Creditor’s interests? As demonstrated in this article, in certain circumstances, a Creditor’s rights and interests can be guaranteed even without the filing of a Proof of Claim in a Chapter 11 proceeding. The following fact pattern is based upon a prior case handled by our Firm and decided in the District of New Jersey, Camden Vicinage.
Creditor did not file a timely Proof of Claim in Debtor’s Chapter 11 proceedings. Debtor scheduled Creditor as a secured creditor to the extent of its collateral valued at $2,500.00, with the remainder in excess of $600,000.00 being classified as unsecured. Creditor did not object to the way Debtor scheduled its claims and merely sought to hold Debtor accountable for such treatment.
Debtor scheduled Creditor as an unsecured creditor on Official Form 204, which requires Debtor, in a Chapter 11 proceeding, to provide a list of creditors who have the 20 largest unsecured claims and are not insiders. Moreover, the Form specifically instructs Debtor to “not include claims by secured creditors, unless the unsecured claim resulting from inadequate collateral value places the creditor among the holders of the 20 largest unsecured claims.” (emphasis added). The Form also provides an opportunity for Debtor to indicate if the claim is “contingent, unliquidated, or disputed.” (emphasis added). These elective qualifications upon a scheduled claim can trigger differential treatment under the United States Bankruptcy Code (“Code”) and the Federal Rules of Bankruptcy Procedure (“Rules”). Although Debtor designated many claims as “disputed” on the Form, no such designation had been set forth as against Creditor. As such, Debtor acknowledged and admitted the unsecured claim of Creditor. Furthermore, by its actions, Debtor published and noticed all other creditors of the nature and extent of Creditor’s claim. In summary, Creditor’s claim was not contingent, unliquidated, or disputed.
Debtor scheduled Creditor on Official Form 206D as having a secured claim and an inferred unsecured claim. Official Form 206D requires the Debtor to set forth the total amount of the Creditor’s claim as well as the value of the collateral supporting such claim. Moreover, the Debtor is once again given the opportunity to designate the creditor’s claim as “contingent, unliquidated, or disputed.” (emphasis added). Debtor once again failed to designate the claim of Creditor as contingent, unliquidated, or disputed. Debtor did not schedule Creditor on Schedule E/F, specifically providing for the unsecured portion of Creditor’s claim.
It was Creditor’s position that the filing of a Proof of Claim was not required to preserve its secured and/or unsecured claim, relying upon Rule 3003. While Rule 3002 controls the filings of Proofs of Claim in Chapter 7, Chapter 12 and Chapter 13 cases, Rule 3003 governs in Chapter 9 and Chapter 11 cases. See, Rule 3003(a). More specifically, Rule 3003(b)(1) provides, in pertinent part, that “[t]he schedule of liabilities filed pursuant to §521(l) of the Code shall constitute prima facie evidence of the validity and amount of the claims of creditors, unless they are scheduled as disputed, contingent, or unliquidated.” (emphasis added). Moreover, Rule 3003(b)(1) states that “[i]t shall not be necessary for a creditor or equity security holder to file a proof of claim or interest except as provided in subdivision (c)(2) of this rule.” Rule 3003(c) addresses who may file a Proof of Claim as well as who must file a Proof of Claim. Simply, and pursuant to Rule 3003(c)(1), “[a]ny creditor may file a proof of claim within the time prescribed by subdivision (c)(3)” of Rule 3003. (emphasis added). However, it is much more relevant to examine who must file a Proof of Claim to preserve their rights and/or interests. Pursuant to Rule 3003(c)(2), “[a]ny creditor … whose claim or interest is not scheduled or scheduled as disputed, contingent, or unliquidated shall file a proof of claim or interest within the time prescribed by subdivision (c)(3) of this rule; any creditor who fails to do so shall not be treated as a creditor with respect to such claim for the purposes of voting and distribution.” To clarify, the subsequent caveat as to voting and distribution is expressly tied to those creditors that must file a Proof of Claim to preserve those rights (and does not impact creditors that possess claims through application of the Code). Creditor was not required to file a Proof of Claim, as pursuant to 11 U.S.C. §1111(a) – Claims and Interests, the claim of Creditor is deemed filed by the manner and extent of scheduling by Debtor. 11 U.S.C. §1111(a) provides, in pertinent part, that “[a] proof of claim or interest is deemed filed under §501 of this title for any claim or interest that appears in the schedules filed under §521(a)(1) or 1106(a)(2) of this title, except a claim or interest that is scheduled as disputed, contingent, or unliquidated. (emphasis added). Pursuant to Rule 3003(b)(1), a “deemed filed” claim is accorded the same evidentiary effect as is one actually filed by the creditor. “The fact that the claim of the Bank was listed on the Debtor’s schedules without being designated as either disputed, contingent, or unliquidated is prima facie evidence of the validity and the amount of the claim.”
After substantial briefing and oral argument before the Honorable Jerrold N. Poslusny, Jr., a ruling in favor of Creditor was issued. The Court held that Creditor was not required to file a Proof of Claim, on account of its secured claim or unsecured portion of its claim, as said claim was scheduled by Debtor as undisputed (being partially secured and partially unsecured). Moreover, it was decreed that Creditor retained its voting rights as to the Debtor’s Chapter 11 Plan, 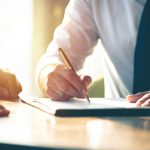 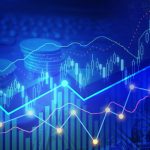 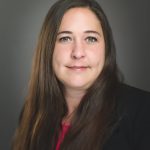 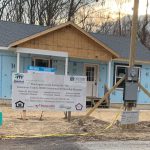 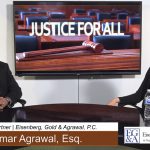 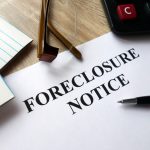 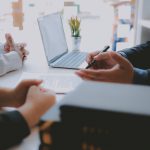